Dreamcakes is a bakery located at 960 Oxmoor Road in Homewood's Edgewood Business District.

Dreamcakes was opened in 2008 in a small former house at 3160 Cahaba Heights Road in Cahaba Heights by Jan Moon, who had previously worked at Southern Progress's Southern Living and Cooking Light magazines' test kitchens. Moon moved to Edgewood a little over a year after opening the shop, known for its cupcakes and other baked goods, including gluten-free and wheat-free items. 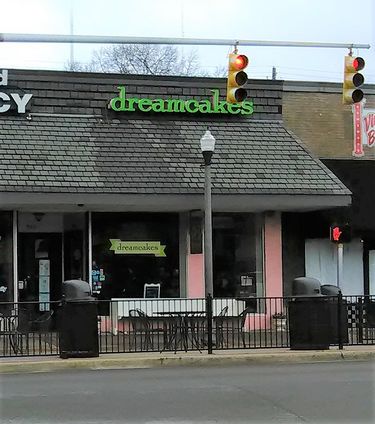 In January 2011 the bakery introduced a roving "Cupcake Truck", which makes stops in downtown Birmingham and other locations to sell cupcakes and other goods. A second truck was added soon later. Both are available to rent for event catering.

In January 2013 Dreamcake's Cupcake Truck was listed as one of the "Best Food Trucks in the South" by Deep South magazine.

One of Dreamcakes' Cupcake Trucks was reported missing on Friday, July 25, 2014. It was found within hours parked at a business loading dock on the 300 block of 31st Street South. Employee Shane Caldwell was found dead inside the locked truck. No foul play is suspected.