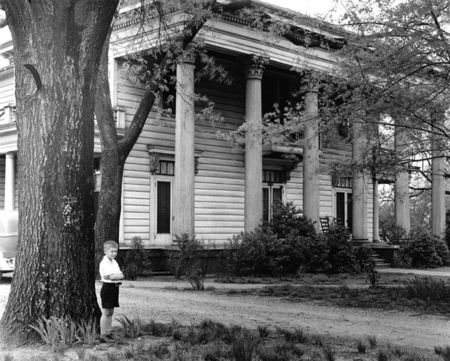 The Earle-Greene plantation was a 40-acre pioneer homestead purchased by Samuel Earle from the United States in 1824. It housed five generations of family members before being purchased back by the government for construction of the Elyton Village housing project in 1938.

The house Earle constructed on the property was a Greek Revival mansion with six large Corinthian columns supporting a heavy entablature over the two-story porch. The doors and windows were protected by projecting cornices supported on brackets.

Samuel Earle's daughter, Florence married William Mudd, who built another large mansion nearby for her.

An oak tree on the property had the blade of a scythe embedded in it. The story arose that Robert Earle swung it into the tree as a promise to return to his sweetheart, Betty Dupuy before he left to fight in the Civil War. As the story was retold, the blade was often mistaken for a saber. The tree was removed in 1946.