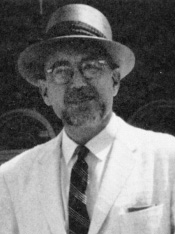 After teaching for a few years at Emory's Valdosta campus, Stanford accepted the Presidency of Georgia Southwestern College in 1948. Two years later he became the director of the University Center in Georgia, and in 1953 took on the presidency of the Georgia State College for Women in Milledgeville. He left that school for a temporary post as Chief of the New York University Mission in Ankara, Turkey. Instead of returning to Georgia State, he accepted an offer to become become Birmingham-Southern's fifth president. He and Ruth moved to Birmingham in 1957. While here, Ruth earned a Master's degree from BSC.

Stanford defended one of his seminary students who was arrested by Bull Connor for vagrancy at a lunch counter sit-in. His stance earned him a burning cross for his front lawn. Representatives of the University of Miami contacted him in 1961. A group of BSC students protested his leaving, but knowing that his popularity among trustees and potential donors was compromised, Stanford was receptive to their offer.

In 1962, the same year that Miami admitted its first black students, Stanford became the University's third president. His tenure was distinguished, among other things, by the recruitment of international students and for the recruitment of Ray Bellamy to the football team in 1966, making Miami the first major college in the South to give a scholarship to a black player. As part of his racial reforms, Stanford ceased the playing of "Dixie" by the university band. More substantially he sought to involve students and faculty heavily in the university's governance and made diversity and minority representation hallmarks of his presidency.

He remained at Miami until his retirement, returning to Americus, Georgia in 1981. The Stanford Residential College at the University of Miami is named in honor of his service.

In 1986 the Regents of the University of Georgia asked him to serve as Interim President, which he did for one year, helping protect the university's reputation in the wake of a grade inflation scandal involving football players. In 1988, at the age of 72, he made an attempt to climb Mount Everest, reaching 17,500 feet on the east face of the mountain.

Ruth died in 2002 and Stanford himself died on New Year's Day 2009. The couple had three sons and a daughter.