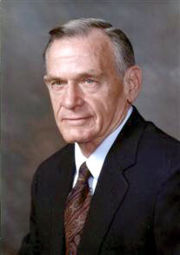 Smith played fullback for the Princeton Tigers from 1951 to 1953, and was twice named to the All-East and All-Ivy League squads. His first coaching job came in 1958 with Stanford University, and his first head coaching job was in North Carolina with the Davidson College Wildcats starting in 1965. In five seasons he amassed a 24-24 record, ending on a high note with a 7-4 season and a trip to the 1970 Tangerine Bowl. That year also marked the publication of Smith's Handbook for Coaching the Football Passing Attack, the first of several books he authored on offensive football coaching.

Smith then spent two seasons at the University of the Pacific in Stockton, California, where his Tigers went 5-6 and 3-8. He was hired as an offensive coordinator at UCLA the next season, then left to become a head coach again for the Army Black Knights. He went 21-33-1 in five seasons there, and was named the Eastern College Conference's "Coach of the Year" after a 7-4 season in 1977. He returned to his coordinator position at UCLA in 1980.

In 1987 Smith left UCLA to join Frank Gansz's Kansas City Chiefs staff. That job only lasted a year, after which he joined Bill Curry's Crimson Tide staff. His offense's best-remembered performance came against Ole Miss, when the 1989 squad scored 62 unanswered points to easily overcome a 21-point deficit. In 1990 he returned to UCLA, but was brought back to Tuscaloosa by Gene Stallings in 1994.

In 1996 and 1997 Smith coached at the University of Arizona. Poor health forced his retirement and he moved back to Tuscaloosa. At that time, Tucson Citizen columnist Corky Simpson recalled Smith as one of the only "gentleman-scholar-orator" coaches in the business, and praised his decency, perseverance, courage and honor.

Smith died in 2011 following a long battle with cancer. He was survived by his wife, Kathy, and his children and grandchildren.