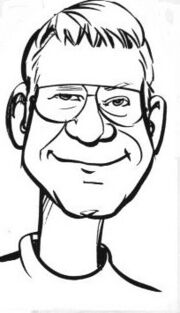 Weeks was the son of Era Earl and Lillie Heatherly Weeks of Cullman County. He attended North Birmingham School and graduated from Phillips High School in 1955. He began his career with the Jefferson County Department of Health in 1965. As he advanced in the department, he completed a bachelor of arts and master's in public administration at UAB in 1979 and 1981. He served as an environmentalist and a disease control specialist. He later completed a PhD in public health administration at the University of Alabama. He retired in 1994 as Senior Administrative Analyst for Health Center Administration.

Since retirement, Weeks was active in the Association of Retired Health Workers of Jefferson County, serving as president in 1996 and the North Jefferson Chapter of the Association of Retired State Employees of Alabama, serving as president from 1996 to 2002. He served on the boards of the Gardendale Historical Society and Gardendale Library. He was also a member the Alabama Genealogical Society, the Birmingham Historical Society, the Alabama Archaeological Society, and the tribal council of the Cherokees of Northeast Alabama. He served as a docent at Vulcan Park and spoke to numerous groups around the state.

An avid postcard collector and amateur historian, Weeks published his first book, Birmingham: A Postcard Tour, in 1999, which went into several printings. A follow-up, Birmingham: Then and Now was published in 2007. He has also authored books on Panama City, Florida; on Phillips High School, on the "Premocar", and on North Birmingham.

Weeks died in August 2020 from COVID-19. He was survived by Linda, three children, and ten grandchildren. He was buried at Jefferson Memorial Cemetery in Trussville.