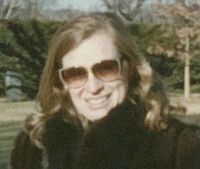 Ruth J. "Jackie" Dye is an involved citizen and retired educator who worked in both Homewood and Jefferson County Schools.

It was at Rudd that Dye tried an unusual experiment, along with Pam Horton, principal of North Jefferson Middle School. Both schools did a year-long trial of separating boys and girls during academic classes. This trial was based on the teaching of therapist Michael Gurian, who says boys and girls learn differently and therefore must be taught differently, which is necessitates separating them. The separation is also said to lead to fewer discipline problems.

After receiving permission to try the separation from the Jefferson County Board of Education, Dye spent a week studying at the Gurian Institute in Colorado Springs, Colorado before implementing the program during the 2004–2005 school year. Dye did not take sole credit for the program, saying all of the school's teachers were part of the team and all the parents were invited to give their opinions. Although Rudd saw many successes, a large influx of male students the following school year wrecked plans of keeping the male classes small and the experiment was discontinued. At the conclusion of the 2005–2006 school year, Dye retired from public education and became a trainer for the Gurian Institute.

Jackie Dye has been involved with the greater Birmingham community beyond her career. She is a member of the Bluff Park Art Association and, along with her husband, Hugh, typically sponsors a commitment to purchase or cash award at the annual Bluff Park Art Show. The two have chaired the event for 16 years as of 2007.

Dye has also been a member of the Transportation Citizens Committee of the Birmingham Metropolitan Planning Organization representing Shelby County since October 2005.

Dye's husband, Hugh, died in 2020, apparently a victim of the 2020 Coronavirus pandemic. He was also suffering from dementia.