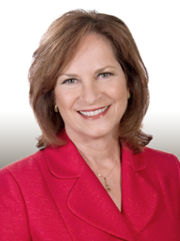 Janet Hall O'Neil (born c. 1955 in Birmingham) is a singer/songwriter and former television news anchor who appeared on WBRC 6 from 1980 to 2020.

Hall attended the University of Alabama and began her career at WKRG-TV in Mobile after graduating in 1977. She came to WBRC as a weekend news anchor. She moved to the weekday newscast alongside Scott Richards in 1985. Prior to her retirement, Hall was partnered with Jonathan Hardison and Sarah Verser.

Hall was named "Best Anchor in Alabama" by the Associated Press in 1994 and 2001 and a Silver Circle from the National Academy of Television Arts and Sciences in 2016. She has also won awards for her journalistic work from the Susan G. Komen Foundation, Girls, Inc. and Birmingham AIDS Outreach.

Hall has served on the boards of AIDS Alabama, the American Red Cross, Goodwill Industries, Urban Ministry and the board of visitors of the University of Alabama College of Communication and Information Sciences.

Hall also performs as a singer songwriter, sometimes with songwriting partner Dan Farmer and sometimes with her own Janet Hall and Band. She is married and has two children. She and her family were founding members of Asbury United Methodist Church.