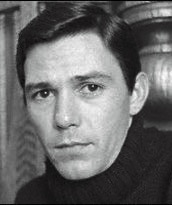 Jay Sebring (born Thomas John Kummer October 10, 1933 in Birmingham, died August 9, 1969 in Los Angeles, California) was an internationally-known hair stylist who is also remembered for his relationship with actress Sharon Tate, and his death at the hands of the Manson family in Los Angeles.

Kummer was born in Birmingham to accountant Bernard J. Kummer and the former Margarette Gibb. He grew up with one brother and two sisters in a middle class family outside of Detroit, Michigan.

After high school Sebring joined the U. S. Navy for four years, and during this time served in the Korean War. He then moved to Los Angeles, where he changed his name to Jay Sebring: Jay, after the first initial of his middle name, and Sebring after the famous Florida car race.

In October 1960 Sebring married a model named Cami - a union which ended unofficially in August of 1963. After their separation, Sebring met Sharon Tate at a party at the Whisky a Go Go club in October 1964. After Sebring's divorce in 1965, he and Tate became engaged. Sebring bought the former home of Jean Harlow on Easton Drive in Benedict Canyon. Tate spent much of her time there, and was also remembered by Sebring's clients as a constant presence in his Los Angeles salon.

Tate went to London in early 1966 to work on The Fearless Vampire Killer for director Roman Polanski. She and Polanski became involved, and Tate ended her engagement to Sebring. He accepted the end of the engagement and befriended Polanski, while remaining a friend to Tate. Polanski would later comment that despite Sebring's lifestyle, he was a very lonely person, who regarded Sharon Tate and Roman Polanski as his family.

His business, Sebring International, flourished with profitable salons in West Hollywood, New York and London, and Sebring maintained a "playboy" lifestyle. In the summer of 1968, Polanski and Tate introduced Sebring to Polanski's friend Wojciech Frykowski, and his girlfriend, coffee heiress Abigail Folger, who had recently moved to Los Angeles from New York. Folger later invested in Sebring's hair care products for men.

Sebring appeared as "Mr Oceanbring" an episode of Batman ("The Bats Kow Tow", 1966). He played the owner of a hair salon who desparately rescued statues and vases imperiled by a fight between Batman and thugs working for Catwoman.

In 1969 Sebring opened a new salon in San Francisco. Paul Newman and Joanne Woodward were among the guests at the opening reception. A few months later, on August 8, 1969, Sebring, Tate, Frykowski, and Folger went to the Polanski residence on Cielo Drive after dinner at a Mexican restaurant. Patricia Krenwinkel, Susan Atkins, and Charles "Tex" Watson, followers of Charles Manson, entered the home and ordered everyone to lie face down on the floor. Sebring protested and asked the intruders to consider Tate's advanced pregnancy. He was then shot by Watson, who kicked him several times in the face as he lay dying, breaking his nose and eye socket. The group then murdered Frykowski, Folger, and finally Tate, whose pleas for the life of her unborn baby were ignored.

Jay Sebring was buried at Holy Sepulchre Cemetery in Southfield, Michigan on August 13, 1969. Warren Beatty's role in "Shampoo" (1975) is said to have been inspired by him.