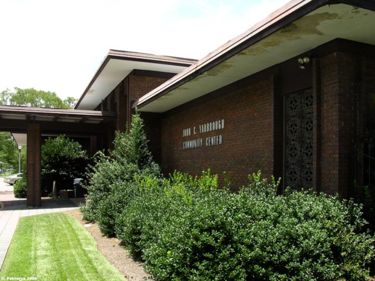 Constructed in 1967, this served as one of the best examples of contemporary 1960s architecture within the city. The center was designed by Turner Batson with Brasfield & Gorrie serving as the general contractor.

During the reconstruction of the Trussville Public Library in 1996, two classrooms within the center served as the library's temporary home until construction was complete in 1997.

With the completion of the Trussville Civic Center in 2008, the Yarbrough Community Center sat mostly idle until it was demolished in September 2015 so the library could be expanded.