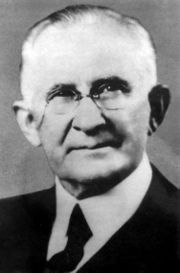 Lemuel was the son of Andrew Jackson and Marie Antoinette Bailey Dawson of Chambers County. He attended Howard College in Marion, where he founded the Franklin Advocate newspaper and received his A.B. in 1886. He then went on to the Southern Seminary in Louisville, Kentucky and the University of Berlin in Germany. His first pulpit was at Mt Vernon Church in Woodford County, Kentucky. He married the former Margaret Samuel Lewis on October 30, 1890.

Under Dawson's leadership the church continued to grow, to more than 1,500 in 1924. Shortly after the completion of a three-story education building, he announced that he had accepted a professorship at Howard College, which had moved to Birmingham. He had indicated an interest in continuing to lead a small congregation and soon took over the pulpit of the newly-reorganized Edgewood Baptist Church in Homewood. As pastor of Edgewood Baptist, Dawson similarly increased the church rolls, from about 100 to over 400. He directed the planting of four sycamore trees in the grassy lot behind the church as a setting for outdoor weddings. They were removed as the church expanded in the 1940s.

Dawson died from the the combined effects of flu and pneumonia in January 1938. His wife died a few days later. They are buried at Evergreen Cemetery in Tuscaloosa. The congregation at Edgewood voted unanimously to rename the church in his memory. Dawson Memorial Baptist Church grew to become one of the state's largest. A memorial to Dawson was also erected on Queen City Avenue in Tuscaloosa in 1940.