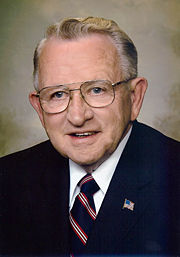 Oliver Owen Drake (born June 15, 1936 in Anniston, died June 27, 2011 in Birmingham) was a former health inspector and police officer, and represented District 45 in the Alabama House of Representatives.

Drake, an Eagle Scout, graduated from Leeds High School in 1955. He served in the U. S. Air Force for three years and remained with the Air National Guard for 33 more, retiring with the rank of Chief Master Sergeant. He completed an associate's degree at Jefferson State Community College in 1972 and worked as an inspector for the Jefferson County Department of Health. He later served as communications director for the Jefferson County Commission, from 1989 to 2002.

Drake was also a detective with the Fairfield Police Department and served one term as president of the Fraternal Order of Police Lodge 15. He also officiated high school football games and was president of the Birmingham Football Officials Association.

As leader in the Leeds community, Drake served on the Leeds City Council, the board of directors for the Leeds Chamber of Commerce and as president of the Leeds Historical Society. He was elected to the House of Representatives in the 2006 general election and re-elected in 2010. He served as vice chair of the House Public Safety and Homeland Security committee.

Drake died from cancer at St Vincent's East in 2011. He was survived by his wife, Kathye, five of his six children, and seven grandchildren. He is buried as Leeds' Cedar Grove Cemetery.