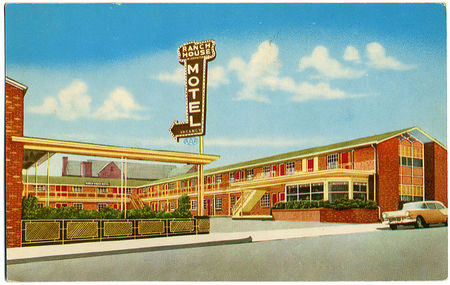 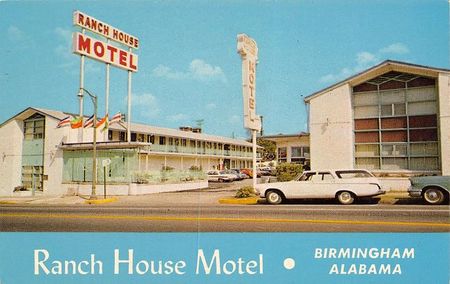 The motel was built in 1952, boasting 52 air-conditioned rooms and an outdoor swimming pool. It was owned and operated by Bob and Carl Stapleton.

The Family Counseling Association of Jefferson County kept offices in the motel's east building in the 1960s.

The Ranch House closed in 1983, and later reopened as a Hospitality Inn, operated by Anil Patel and owned by his company, AKS Inc.. Since then, the motel was the scene of at least two homicides. On October 12, 2002, a man was shot to death in a dispute over stolen money. On July 10, 2011 a man was killed in his room by blunt-force trauma. Gregory Chancey, a motel worker who had been a drinking buddy to the victim, eventually pleaded guilty to misdemeanor criminally-negligent homicide in that death.

The motel closed in 2017 and the site was marketed for redevelopment as a ground lease.