Not to be confused with Edgewood Electric Railway. 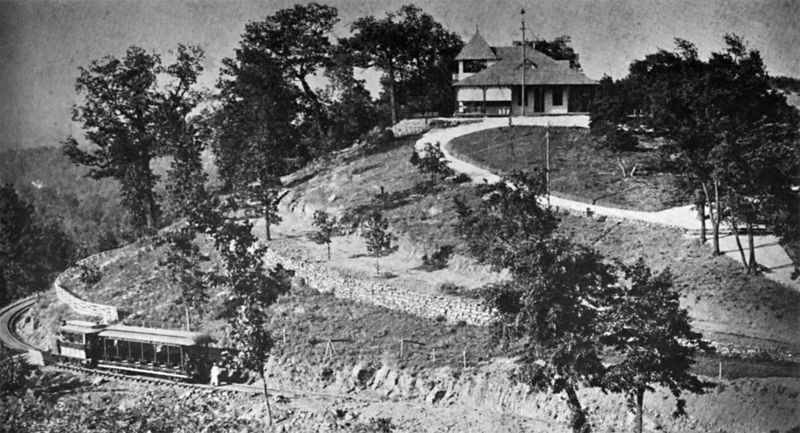 The Red Mountain Railroad (also called the Clifton Dummy Line Company) was the first attempt to provide railway transportation through Lone Pine Gap from Birmingham to the portion of Shades Valley that would later become Homewood.

The line was initiated by the Clifton Land Company, which had purchased several pieces of land in Shades Valley. With the nearest roads to Birmingham (Cahaba Road and Green Springs Road) over a mile east and west of their land, the company hoped to encourage interest in living in the valley by providing steam-powered transport to it. Equipment was obtained leased from other railroads, including as a steam dummy from the East Lake Railroad. Service began on September 4, 1889.

The Red Mountain Railroad began where the South Highland Line terminated on 20th Street South at 14th Avenue. From there, the steam dummies pushed their cars another block up 20th Street, then east on 15th Avenue South to 22nd Street, where they turned south and began the steep climb up Red Mountain to a station on Warwick Court near the the top of the mountain. The land company constructed a casino and landscaped park at the crest as a public attraction.

The line continued along Warwick to a switchback at Lone Pine Gap and then to another on the mountain's south slope. It then proceeded through Rosedale, down Central Avenue, ending at Howard Street (now 28th Avenue South) in what is now downtown Homewood.

The land company failed to generate adequate demand to continue service, except as an excursion train in the summers. The line closed in 1893.