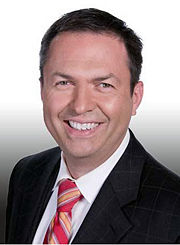 Journey grew up in Tuscaloosa and graduated from the University of Alabama with a bachelor's in communications, broadcast news and public affairs. He got his start as a reporter for WUAL and worked as a reporter for WCFT and as news and sports director for WFFX-FM. He joined WBRC in 1992 as its Tuscaloosa bureau chief. He later reported from Montgomery, and filled in as host of Alabama Public Television's "For the Record" in 1996 before joining the "Good Day Alabama" cast in 1999.

He left the station in 2012 to launch his own media relations firm, Rick Journey 360 LLC. He served as campaign manager for Paul DeMarco's unsuccessful bid for the 6th District seat in the U.S. House of Representatives. Journey returned to WBRC as a reporter in December 2015.

Journey and his wife, Jennifer, have one son, Truman.