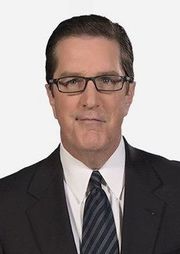 Rick Karle (born in Syracuse, New York) is a broadcaster who was the sports director for WBRC 6 from April 1989 to December 2018.

Karle was one of five children born to Dick and Diane Karle. He grew up in central New York and earned his bachelor of arts in journalism at the University Of New Hampshire. He began his career as a sports director for WNNE in Hanover, New Hampshire. He met his wife, Jill, at a disco there. They were married in 1984 and have two children, Noah and Mia.

After leaving New Hampshire, Karle worked as a sports anchor at WJXT Jacksonville, Florida before coming to Birmingham. During his career he has won a Edward R. Murrow National Award for reporting, six Edward R. Murrow Regional Awards, 23 regional Emmy awards and 60 Associated Press awards. He was named "Best Sports Anchor" by the Alabama Asssociated Press in 2009. He has participated in the selection boards for the Alabama Sports Hall Of Fame, the International Motorsports Hall Of Fame, the Blue-Gray Hall Of Fame, and the Heisman Trophy.

Karle was diagnosed in 1987 with testicular cancer which was treated successfully with chemotherapy. He has served on the board of the American Cancer Society - Birmingham.