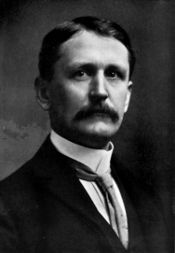 Terrell was the son of Robert and Mary Agnes Roberts Terrell of Elyton. He was educated at home and in the public schools. He became a bookkeeper for P. H. Earle and eventually became a partner in the firm of P. H. Earle & Co., which became the firm of Earle & Terrell in 1884.

He was one of the founders of the Title Guarantee Loan & Trust Company and founded the Bank of Alabama in Ensley in 1906.

Terrell was a member of the Southern Club, the Birmingham Athletic Club, and the Birmingham Country Club. He served on the vestry of the Episcopal Church of the Advent.

Terrell married the former Jimmie Allen and had five children, Mary Agnes, Margaret, Kate, Robert III and Jimmie. He resided at 315 Jasper Road and had offices in the Title Guarantee Building.

Terrell died in 1930 and is buried at Oak Hill Cemetery.