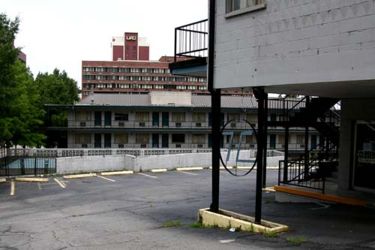 The Royal Inn was a three-story 78-room motel located at 821 20th Street South in Birmingham's Southside. It was built on the site of the former James Van Hoose residence which had been converted into a Ridout's Funeral Home in 1936.

The motel was demolished in late summer 2006 for the construction of the new Southside Residence Inn. The motel had operated since the 1960s as part of the Travelodge chain and later as a "Passport Inn".

The motel was notable for having a swimming pool terrace directly adjacent to the sidewalk of 20th Street.