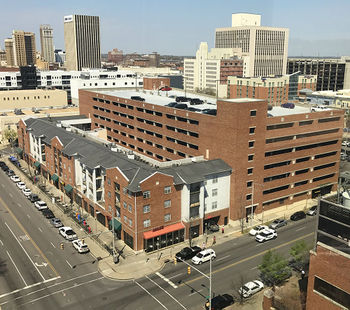 This article is about the mixed-use development. For Southside Fire Station, see Birmingham Fire Station No. 2.

Southside Station is a mixed-use apartment, retail and parking deck located on 19th Street between 4th and 5th Avenue South. The $15 million project was developed by H. J. Russell & Company of Atlanta, Georgia and designed by KPS Group. It opened in the Summer of 1994 and was dedicated in honor of Ferd F. Weil. 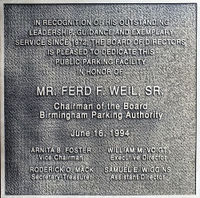 The five-story, 30-unit apartment building is managed by Arlington Properties in conjunction with the nearby Carriage Court. The 11,000 square-foot retail strip is occupied primarily by fast-food restaurants. The 880-space parking deck was built to serve nearby UAB Hospital and the Parliament Hotel & Suites (demolished in 2008).