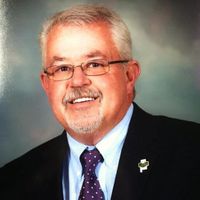 Stan Hogeland (born July 30, 1958) is a long-time resident of Gardendale and is currently serving his third term as Mayor. He grew up in the Fieldstown community that is now part of Gardendale.

Hogeland worked for the Gardendale Parks and Recreation Department for 34 years and, in 2005, became the director of the department. In 2012 he stepped down as director to run for a city council position. He was subsequently elected as a city councilman for District 5 and in November 2012 was elected as the council president.

The Pee Wee field at the G. William Noble Recreation Complex was renamed "Hogeland Field" on April 5, 2013 in honor of Hogeland after he had served on the Gardendale Parks and Recreation Department for 37 years.

In July 2015, then Mayor Othell Phillips announced he was resigning to take a new position with the Jefferson County Commission. Since Hogeland was the president of the city council at the time, he automatically became the Mayor when Phillips left the position. Hogeland was sworn in as Mayor on August 2, 2015 to finish out the 4 year term that Phillips had left. Hogeland ran for Mayor in 2016 and was unopposed, so he was sworn in for his second term as Mayor on November 7, 2016.

Before becoming mayor, Hogeland was named the Gardendale Citizen of the Year at the annual Gardendale Chamber of Commerce banquet in January 2015.

In November 2017, Hogeland was elected as president of the Jefferson County Mayors Association and served a 1 year term.

Hogeland is married to Susan Richey Hogeland and they have a son named Keith and a daughter named Krisi.