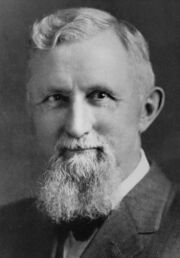 Molton was one of nine children born to Charles Hooks and Julia Anne Hunter Molton and raised on their plantation near Montgomery. He attended school in Montgomery and at Henry Tutwiler's school in Hale County. Struggling to thrive as a farmer after his parents' deaths, he moved to Birmingham in October 1886 to embark on a career in real estate. He took rooms at 317 17th Street North.

Molton based his real estate business on earning commissions rather than speculating on prices. Early on he specialized as a rental agent and enjoyed considerable success. He was involved in the development of the Jefferson Theater, Mercy Home, Hillman Hospital, the Molton Building and the Hillman Hotel. He led the company that erected the towering Molton Hotel, on a lot owned by his wife, in 1914. He also built his own Thomas Molton residence on Idlewilde Circle in Glen Iris in 1912.

Molton led efforts on behalf of the Birmingham Real Estate Association to lobby for the development of a sanitary sewer system for Jefferson County. He served on the first Jefferson County Sanitary Commission. He was also a member of the board of directors of the First National Bank of Birmingham.

On November 6, 1888 Molton married Lizzie Linn Scott, the widow of William Scott and daughter of banker Charles Linn. They had four children together: Ellen, Kate, Gertrude and Thomas Jr. Kate died in infancy and Thomas Jr was killed by a stray bullet outside the Jefferson Theater on Christmas Day, 1911. Lizzie died on January 1, 1921.

After his son's and wife's deaths, Molton built a retirement cottage in Fairhope, Baldwin County to recover his own health. He was remarried, to the former Adele Tuttle.

Molton died in October 1931 and is buried at Oak Hill Cemetery.