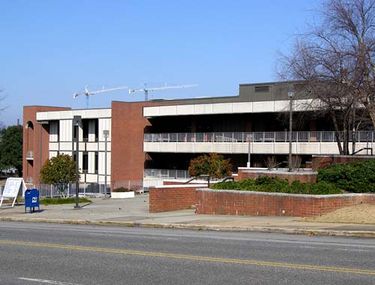 The UAB Education Building (originally University College Building No. 1, officially UAB School of Education Building) at 901 13th Street South was the first major building project undertaken in 1970 for the development of a College of General Studies at UAB. Ground was broken at the site of the $2,081,000 building in January 1970 and it was completed by Goodner Construction in 1971. When it opened the building housed 22 classrooms, five large lecture halls, 64 faculty offices, 17 clerical offices, seven seminar rooms, a psychology laboratory, a business machine laboratory, a closed-circuit television studio and the University College Library.

The building was renamed the "School of Education Building" in 1983. A portion of the second floor included a large area that was used for multiple computer labs, office space, a darkroom, and audio-visual materials. This area was given the name "Instructional Resource Center" during the 1970's and early 1980's. It was then renamed to "Educational Technology Services" until approximately 2015 and was subsequently renovated and renamed to the "Center for Teaching and Learning".

The building was demolished in 2021 and replaced by the UAB Science & Engineering Complex.