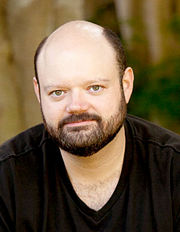 McCay graduated from Hewitt-Trussville High School and has a bachelor's degree from UAB and a Master of Fine Arts from Rutgers University. He has appeared on stage locally at UAB and with Birmingham Festival Theatre. His pop culture-inspired art prints have been shown at Bare Hands and other galleries around the country.

He moved to Los Angeles, California in 1999 and began auditioning for television roles. He has appeared on ER, Ally McBeal, Lie to Me, The West Wing, Passions and Ozark. His film roles have included small parts in Alias, Enough, The Ring 2 and Argo.

McCay maintains a residence in Birmingham and teaches acting at Samford University.