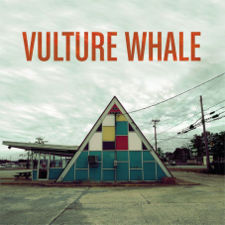 Vulture Whale is a rock band led by Wes McDonald (guitars and vocals) which evolved out of his backup band, Wes McDonald and the Fizz. The other members are Les Nuby on guitar, Keelan Parrish on bass and Jake Waitzman on drums.

They celebrated the release of their first, self-titled CD on August 3, 2007 at Bottletree. That album was recorded in Birmingham and mixed by Mark Rains at Hollywood Sound in Los Angeles, California. It featured a print by artist Charles Buchanan on the cover. A second self-titled disc was released on Skybucket Records on February 3, 2009, with a release concert on February 14 at Bottletree.