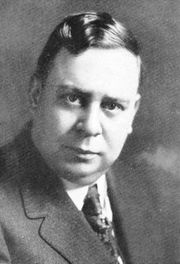 Henley was the oldest of three sons born to John Henley and his wife, the former Annie Linn, daughter of pioneer banker, Charles Linn. He was born in the family home on 20th Street and 5th Avenue North.

Henley attended Birmingham City Schools and the South Highland Academy, and then enrolled at the Agricultural and Mechanical College of Alabama in Auburn to study engineering, graduating in 1896. For the next two years, Henley served in the Alabama National Guard, completing his service just prior to the Spanish-American War.

After his father's death in 1909, Henley managed his mother's estate, and served as executor at her death in 1921. Henley was married to the former Marie Smith Whitaker in 1934. She brought two children into the home they shared on Cliff Road. Marie died in 1938.

Henley died in December 1961, and is buried at Oak Hill Cemetery. The Linn-Henley Charitable Trust, which awards grant funds to religious, charitable, scientific, literary or educational organizations operating in Jefferson County, was established in 1965 in fulfillment of Henley's will.