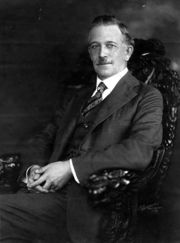 Brandon, the son of Reverend Frank Thomas Jefferson and Carrie Woodward Brandon, grew up in Tuscaloosa and attended the Cedar Bluff Insitute in Cherokee County and Tuscaloosa High School. He worked for himself during school and joined the Warrior Guards in 1886 and attained the rank of Captain, at which time he began publishing The Citizen Soldier in Tuscaloosa. His company served as the 2nd Alabama Volunteer Infantry Regiment in Florida during the Spanish-American War. After his return, Brandon was appointed Adjutant General of the Alabama National Guard by Governor William Samford in 1899. During his term, which ended in 1907, Brandon re-organized the state guard to comply with new federal regulations.

He studied law at the University of Alabama from 1891 to 1982 and was elected City Clerk for Tuscaloosa while still a student. After graduating he opened a legal practice and was appointed a Justice of the Peace. He married Elizabeth Nabors, a widow with two daughters, on June 27, 1900.

In 1896 Brandon was elected to the Alabama House of Representatives and was twice re-elected, serving until 1901 when he became the reading clerk for the 1901 Constitutional Convention. In 1906 he was elected as State Auditor, where he oversaw the introduction of improved accounting practices. In 1911 he began a twelve-year term on the bench as Probate Judge for Tuscaloosa County. Brandon ran against Thomas Kilby for Governor in the 1918 general election, but lost. He won the 1922 gubernatorial election over Bibb Graves by promising to economize state government, not to raise taxes, and to preserve the convict lease system.

Brandon served one term as Governor. His tenure saw the creation of the Alabama State Docks Commission and Alabama Forestry Commission which were established to develop the state's commercial resources. He put bond money to work in the improvement of roads, and later served as president of the United States Good Roads Association. Child labor laws were improved and a law providing assistance to the elderly was passed. Brandon kept his pledge not to raise taxes, but did see revenues increase as the economy boomed and the Alabama Power Company lost its tax exempt status. Brandon frequently used his power as Governor to issues pardons and paroles and to commute death sentences, in keeping with his sense of humanity. Brandon travelled out of state in the summer of 1924 to lead Alabama's delegation to the 1924 Democratic National Convention, at which he supported the candidacy of Oscar Underwood for president in 103 ballots, all broadcast over the radio. Because his trip lasted for more than 20 days, Lieutenant Governor Charles McDowell upheld the office as acting governor from July 10 to July 11.

After serving his term, Governor Graves reappointed him to the Tuscaloosa County Probate Court. He returned to head the state delegation at the 1932 Democratic National Convention and cast the state's 24 votes for Franklin Roosevelt. Brandon died in a Tuscaloosa hospital in 1934 and is buried at Tuscaloosa Memorial Park. Tuscaloosa's National Guard Armory is named Fort William W. Brandon in his honor.