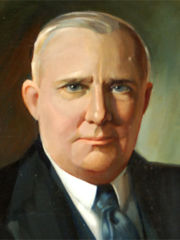 Graves was the son of David and Mattie Graves, and a distant cousin of early Alabama governors William Wyatt Bibb and Thomas Bibb. After the death of his father at age one, he was raised on an uncle's farm in Texas and attended grade school there before enrolling at the University of Alabama. While in college, Graves captained the University of Alabama Corps of Cadets and played on Alabama's first football team. He completed his undergraduate degree in civil engineering in 1893 and began law school at the University of Texas, but soon transferred to Yale Law School, earning his LL.B. in 1896.

Graves began his law practice in Montgomery and soon entered politics. He was elected to the Alabama House of Representatives in 1898 and married his cousin, Dixie Bibb, in 1900. He was aligned with progressives in the legislature and opposed the Alabama Constitution of 1901. He retired from the house in 1904 to challenge incumbent Ariosto Wiley to represent the Second Congressional District of Alabama, but was unsuccessful and returned to practicing law. He served as campaign manager in Montgomery County for B. B. Comer in 1904 and chaired the Alabama State Democratic Executive Committee in 1914, where he helped write a proposal to replace the state's system of runoff elections with a first- and second-choice ballot option.

Beginning in 1907, Graves served as adjutant general of the Alabama National Guard and helped organize the 1st Alabama Cavalry Regiment, which he commanded as lieutenant colonel and colonel. In September 1916 the regiment was mustered into federal service and stationed at the U.S. border to repel raiding parties. During World War I the unit was assigned to the 51st Artillery Brigade, with Graves serving as a colonel in the 117th Field Artillery in the 31st Division, which saw heavy action in France. When he returned from the war, he organized and headed the Alabama department of the American Legion.

Graves returned to politics in 1922 with an unsuccessful campaign for Governor against William Brandon. He became associated with the Montgomery chapter of the Ku Klux Klan and claimed the title of "Grand Cyclops".

As Governor, Graves succeeded in ending the state's Convict-Lease System and redirected their labors onto crews of the newly-created Alabama Highway Department. The state quadrupled its total length of paved roads from 5,000 to 20,000 miles and erected numerous toll bridges. The work was funded by $30 million in bonds financed by revenues from increased driver's license fees and a 2-cent gasoline tax. Though he did get tax increases for public utilities, railroads and industries, a booming economy and favorable borrowing terms were instrumental in allowing him to make many investments in state programs for education, public health and welfare. He more than doubled the education budget to $25 million, adding a Division of Negro Education to oversee operation of schools for African American students. He expanded state hospitals and improved the Alabama Institute for the Deaf and Blind at Talladega. He also oversaw improvements to the Alabama State Docks and the creation of the Alabama Industrial Development Board.

Graves also involved himself in lobbying against anti-Klan legislation, and helped to suppress Attorney General Charlie McCall's investigation into Klan-related violence in Crenshaw County. He later attempted to disassociate himself from the Ku Klux Klan. After the 1929 stock market crash as the scope of the Great Depression became evident, Graves' policies left the state with greater debt than it could continue to service. Criticism of his administration mounted as, with no constitutional provisions for re-election, he left office.

In the 1934 election Graves soundly defeated Birmingham attorney Frank Dixon, whom he castigated as being controlled by "Big Mules" who fattened themselves on the backs of the laboring classes. He strengthened his ties with organized labor and established the Alabama Department of Labor while ending the practice of using the Alabama State Militia to break up strikes. As an adherent of President Franklin Roosevelt's "New Deal" program, Graves continued to expand education and welfare programs. When his proposal for raising property taxes to fund these programs failed, he pushed through the state's first sales tax instead.

When Hugo Black was appointed to the Supreme Court, Graves sent his wife, Dixie to serve his unexpired term in the U.S. Senate, making her the state's first female senator. Graves greeted delegates to the first Southern Conference on Human Welfare in Birmingham in 1938.

Again prevented from running for re-election, Graves returned to private life in 1938. As a personal friend of evangelist Bob Jones, Graves served on the founding board of Bob Jones College in Greenville, South Carolina. He was considered the favorite to return to the Governor's office in 1942, but died from kidney failure before the election. He is buried at Greenwood Cemetery in Montgomery.

Due to his success in increasing public spending on education, many Alabama colleges named facilities after him.