From Bhamwiki
(Redirected from ArtWalk)
Jump to: navigation, search 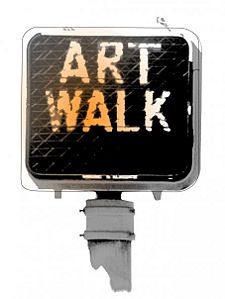 Artwalk is a juried art show that takes place over two days in the City Center Loft District between downtown and Southside, from 2nd Avenue South to 2nd Avenue North, between 22nd & 25th Streets). The annual festival began in 2002 as a collaboration between Operation New Birmingham and Veronique Vanblaere, owner of Naked Art Gallery. The festival currently includes live music, artist demonstrations, food, and a historic trolley tour of the Loft District. The artists' work is displayed in the various shops, galleries, lofts, restaurants and bars in the district. Birmingham Artwalk Inc. is a non-profit organization, and Joy Myers is the executive director.

Over 100 local and regional artists participated in the event on Septemeber 7th and 8th. Artwalk 2007 featured the Cobblestone Cafe on Morris Avenue, the KidZone (Saturday only) on 24th Street North, and the addition of the Artwalk Design Depot on 2nd Avenue South.

Artwalk 2008 was held on September 5 and 6. Approximately 10,000 visitors attended the event, which featured over 100 artists over a six square-block site. Zachary Wickham, a glass artist with a studio in Avondale, took first place in the juried show.