The Barber Motorsports Park is a large racing complex in the Birmingham city limits near Leeds featuring a 2.38 mile world-class race course in a 740-acre wooded park with a museum of vintage motorcycles and race cars and other facilities. Former Barber's Dairy owner and motorcycle racing enthusiast George Barber constructed the Park in 2003 with $70 million of his personal fortune. The park debuted to the public with the inaugural Barber 250 sports car race. The museum opened shortly thereafter.

In 2008 Barber discussed plans to expand the park with a new motocross track, additions to the museum building, and a possible lengthening of the road course's straight-away. Also planned are higher-profile motorcycle events and the Indy Grand Prix of Alabama, an Indy Racing League open-wheel event. 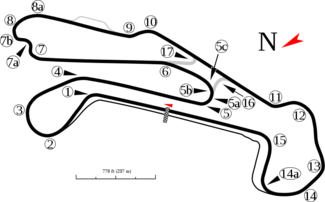 The Barber race course is 2.38 miles long by 45 feet wide with 16 turns and a total elevation change of just over 80 feet. The course is designed and engineered to the highest standards of international racing and is set in landscaped grounds arrayed so that from most vantage points a large percentage of the course is visible despite the hills and turns.

The grandstands are surmounted by a large pressbox and information board. In front of the grandstand is the race control area, paddocks, and pit lane. 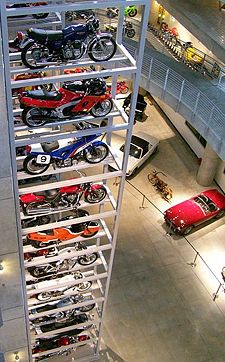 The 250,000 square-foot Barber Motorsports Museum, with nearly 1,400 unique exhibits, is the largest of its kind in the world. It opened in 1995 in Lakeview before moving to its present location overlooking the race course in 2003. A pedestrian bridge, completed in April 2015, connects the museum to the track's infield. Jeff Ray is the museum director.

Many of the pieces in the collection are maintained in racing shape and are ridden on Vintage racing circuits by the Barber Vintage Motorcycle Team.

Since its opening, the Barber Motorsports Park has hosted the "Porsche Driving Experience," a 2-day course with instruction on handling high-performance vehicles in a race course environment.

Beginning in 2009 the Kevin Schwantz Suzuki School, led by former 500cc world champion Schwantz, will be held eight times a year at the track.

The Barber Motorsports Park has hosted the following races:

Perspective between turns 2 and 3 during the 2011 Indy Grand Prix of Alabama.

In addition to motor racing and museum facilities, the park has abundant parking and landscaped areas for spectators and camping during race weekends.