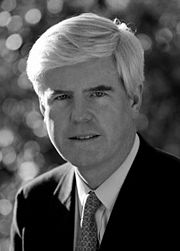 Head, the son of Beverly Head Jr and grandson of timber magnate Beverly Head Sr, earned his bachelor's degree in economics at Yale College in 1963, completed his law degree at Yale University three years later, and was admitted to the Alabama State Bar. In 1966 he was commissioned as an infantry captain in the U. S. Army and served three years in Iran.

Head began working for the Dyatron Corporation in 1969 and became its chairman and CEO before it was sold to SunGard Data Systems in 1984. Head was also chairman of the Giles & Kendall Company and a partner in the Costa and Head Land Company and other ventures. He was also involved in philanthropic work through the Hugh Kaul Foundation, Children's of Alabama, the Alabama Symphonic Association, and the Rotary Club of Birmingham.

Head ran for Alabama State Senate District 16 in 1990 Republican primary, but lost to Jabo Waggoner in the runoff.

Head captained his 52-foot sloop "Maryam" (named for his wife) along the "Viking Route" from Bergen, Norway to New York Harbor in the summer of 2009.