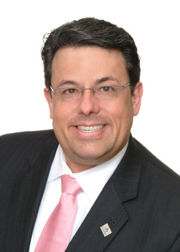 Howard J. Bayless III (born 1965 in Birmingham) is the corporate director of development at Bradford Health Services, a director of Equality Alabama, and a former member of the Birmingham Board of Education.

Bayless grew up in the East Lake neighborhood and graduated from Banks High School in 1983. He went on to the University of Montevallo where he earned his bachelor of science in psychology. He earned his master's in health services administration from Saint Francis University in Loretto, Pennsylvania.

Bayless began working for Bradford in 1989 as a counselor and case manager and has risen through the ranks to director of development.

In a special election coinciding with the 2007 Birmingham mayoral election, Bayless was elected to fill the unexpired term of representative Mike Higginbotham, who resigned earlier in the year. As a candidate for the Board of Education, Bayless emphasized the need for community involvement, partnerships with business, and financial accountability in improving the school system. He defeated challenger Earnest Lumpkin by a count of 4,059 to 1,154 votes.

During his term on the board, Bayless supported increased transparency in conducting school business and reducing legal fees paid by the system. In 2009 Bayless announced that he would not run for re-election to the board, and would instead challenge Valerie Abbott for her seat on the Birmingham City Council. As a council candidate his platform included protecting district neighborhoods and building coalitions with other members of the council. He lost the race by a wide margin and later reported that he would not run for election again, instead focusing on community service. In the Board of Education runoff he endorsed Elisa Burns-Macon over leading vote-getter Brian Giattina.