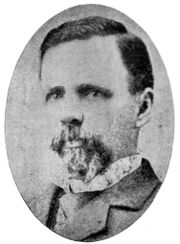 DuBose was the son of Kimbrough Cassels and Elizabeth Boykin Witherspoon Dubose of Society Hill, near Darlington, South Carolina. He attended private schools and was tutored at his father's plantation, including one term under Charles Pelham. He removed with his father to the Canebrake Plantation of Marengo County, Alabama to pursue cotton production. He continued as planter on the land he inherited in 1857.

At the outset of the Civil War, DuBose was commissioned a cavalry company officer and was assigned as quartermaster for the "Canebrake Legion", a well-equipped semi-independent militia. That office was lost when the companies of the militia were separately mustered into the Confederate Army. He nonetheless volunteered as a private and quickly advanced within the ranks to cavalry officer. After less than a year in the field he was discharged by a surgeon's certificate, but remained part of the army's non-commissioned staff. He later described his functions as "recruiting and labor impressment".

DuBose was appointed a delegate to the Alabama Democratic Convention of 1872 and was a member of the Knights of the White Camelia and of the White Shield, secretive orders opposing carpetbaggers and enforcing white supremacy during the Reconstruction period. In 1884 he abandoned the then-unprofitable planting of cotton and moved to Birmingham, where he took up writing and frequently contributed articles to the local and national press. 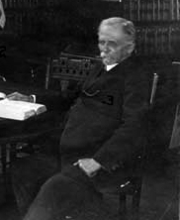 John Witherspoon DuBose at his desk

Though sometimes employed as an editor for local papers, including the Birmingham Age-Herald, DuBose also began writing larger works. He authored a governmental Report on the Internal Commerce of the United States, as to Alabama and edited The Mineral Wealth of Alabama in 1886. The following year he edited the History of Jefferson County and Birmingham, Alabama: Historical and Biographical, much of it his own research, and contributed a chapter on Birmingham to Northern Alabama: Historical and Biographical, compiled by A. D. Smith and T. A. DeLand.

In 1889 DuBose took over the former John B. Roden & Co. book store in Gadsden. He continued to write, and his best-received works included biographies and political histories such as Life and Times of William Lowndes Yancey and General Joe Wheeler and the Army of Tennessee. He contributed to the publications of the Alabama Historical Society. He also penned several unpublished manuscripts kept by the Alabama Department of Archives and History, where he found himself on staff in the 1910s.

Hard of hearing for most of his life, Dubose became completely deaf in old age. He was killed in a railroad accident in Birmingham in 1918. He had never married.