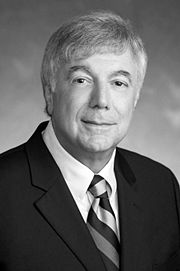 Lauriello moved to Birmingham from Florida after an auto accident left him in dire straights. An uncle sent him a one-way bus ticket and helped him get enrolled at Jefferson State Community College. He worked nights and weekends at Aland's in Eastwood Mall and, after a brief foray into bartending in Arizona, eventually earned the respect of Jack Levin for his work habits. He transferred to UAB and graduated with a bachelor of arts in economics.

Lauriello obtained a real estate license as a way to make extra money. He took advantage of banks' reluctance to offer mortgages for houses inside Birmingham's city limits in the early 1970s by finding sellers willing to hold their own notes. He was able to flip several houses and earn a reputation in residential real estate. He was involved in marketing the Riverchase development in North Shelby County before he turned to commercial projects. He and two partners purchased the Title Building on 3rd Avenue North in 1983. He and Bill McDavid opened a full-time real estate office the following year, and have since made it into the largest independent commercial real estate company in Alabama with annual sales of around $250 million. Lauriello has guided the firm's dedication to restoring and redeveloping historic buildings in downtown Birmingham, beginning with the 10-story Massey Building across the street from his office. With the support of Mayor Richard Arrington and the city's policy of making low-interest loans available for rehabilitating vacant buildings, he was able to save several notable structures from falling into irrecoverable decay. Among those is the Clark Building on 20th Street North, which was renovated for Lightfoot, Franklin & White in 1996 using a $2 million city-backed loan for a third of the budget.

In 2001 Lauriello was one of 16 plaintiffs in a suit protesting the Birmingham City Council's re-naming of 21st Street as Richard Arrrington Jr Boulevard. During the 2007 Birmingham mayoral campaign Lauriello was critical of the slow pace of the city's participation in urban redevelopment. In 2007 new Mayor of Birmingham Larry Langford appointed Lauriello to chair a committee to propose ways to streamline the city's construction permitting and approval processes.