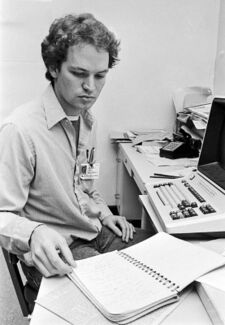 Mike Oliver (born c. 1960) is a senior managing producer for the Alabama Media Group, which provides content for The Birmingham News and al.com.

Oliver graduated from Auburn University in 1982 and joined the News as a reporter. Because he had written about conditions inside the St Clair Correctional Facility, leaders of the inmate group that took over the facility following a 1985 prison riot requested his presence during negotiations with state authorities.

In 1987 Oliver took a job at the Orlando Sentinel in Orlando, Florida, then moved to Oakland, California in 2000 as a reporter and editor for the Oakland Tribune. That paper became part of the Bay Area News Group, which also published the Contra Costa Times in 2007, and Oliver worked as a projects editor for both papers. During that same year, Oliver's former colleague, Chauncey Bailey, was murdered in the street for his investigation of a local bakery's finances. Oliver participated in the "Chauncey Bailey Project" to report on the crime, helping document a police cover-up.

In 2011 Oliver returned to Birmingham as a senior managing producer and investigative reporter for the Birmingham News, focusing on health care issues. As part of his reporting he investigated financial irregularities at Birmingham Health Care that later led to the criminal conviction of former CEO Jonathan Dunning.

In August 2016 Oliver was diagnosed with Parkinson's disease. In February 2017 his diagnosis was changed to Lewy Body Dementia, an untreatable progressive condition in which rogue protein bodies attack and destroy neurons. He has since written extensively about the disease to raise awareness and promote research, including a weblog called "MyVinylCountdown" of personal record album notes, and the MikeMadness charity basketball tournament.

Oliver and his wife, Catherine, a Presbyterian pastor, have three daughters; Hannah, Emily and Claire.