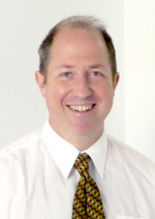 Byington was appointed to the Environmental Management Commission by Governor Don Siegelman in 2001 and unanimously confirmed for a four-year term by the Alabama Senate on April 11, 2002. As vice-chair, Byington helped introduce new practices that opened the work of the Commission to public review and participation. With the Commission behind him, Byington moved to dismiss then-ADEM Director Jim Warr in October 2004 and, as chair of the strategic planning committee, led the development a strategic plan that would have given Alabama the highest standards in the United States for the protection of human health.

Two months after Warr's dismissal, separate lawsuits were filed against Byington and fellow commissioner Scott Phillips, alleging that they were unqualified for their respective positions. Attorney General Troy King issued an opinion against Byington which was overturned by Montgomery judge Johnny Hardwick in May 2006. Governor Bob Riley declined to renominate him for a second term, so he completed his service to the commission on September 30, 2006.

In addition to his work with the Wilderness Society, Byington sits on the Stewardship Committee for the Alabama Forestry Commission and on the Boards of Scenic Alabama and Forever Wild, and was the executive director of the Alabama Environmental Council from 1989 to 1998. Since 1998 he has published Bama Environmental News as an e-mail newsletter and website.

Byington grew up in Sheffield and graduated Sheffield High School. He is a 1988 graduate of the New College at the University of Alabama with a Bachelor of Arts in Latin American and Environmental Studies. He and his wife, artist Kathleen Rose-Byington, have one daughter, Whitney. They are members of St Mary's-on-the-Highlands Episcopal Church. The Alabama Environmental Council has funded the Pat Byington Environmental Scholarship at Camp McDowell to honor his leadership.