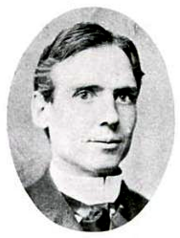 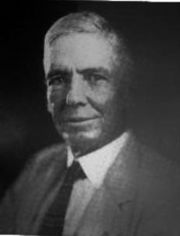 Robert Henry Thach, Jr (born November 9, 1866 in Athens, Limestone County) was an attorney and member of the Birmingham Board of Aldermen.

Thach was the son of a Confederate soldier who died in 1866, leaving five children, only two of which survived to adulthood, Robert, and his brother Charles who was a professor and later president of the Alabama Polytechnic Institute in Auburn. Robert graduated from that institution in 1885 and taught mathematics at Marvin College in Clinton, Kentucky before joining Grover Cleveland's presidential administration as vice-consul in St Etienne, France.

He used his time in Europe to read law and, when he returned in 1888 he came to Birmingham where he was admitted to the bar and formed a partnership with Judge John Carmichael. After Carmichael was elected to the Chancery in 1898, Thach partnered in the firm of Garrett, Underwood & Thach, which later became Weatherly, Underwood & Thach.

Thach was active in Democratic politics and served on the state party's executive committee and on the congressional committee for the 9th Congressional District of Alabama. He also served on the Jefferson County Executive Committee and was elected to fill the unexpired term of Alderman W. J. Pearce in January 1900. In the 1901 Birmingham mayoral election he was re-elected to a four-year term. He served as Birmingham City Attorney from 1907 to 1910.