1866 was 5 years before the founding of the City of Birmingham and 47 years after Alabama first became a state. 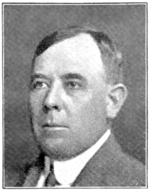 In 1866, the American Society for the Prevention of Cruelty to Animals (ASPCA) was founded. The Canadian Parliament moved to Ottawa. The Austro-Prussian War was fought. Tennessee became the first state to be readmitted to the Union following the Civil War. Congress created the rank of General of the Army and assigned it to Ulysses S. Grant. The transatlantic telegraph cable was put into service, greatly increasing communication between North America and Europe. Food manufacturers Nestle and General Mills were founded.

Books published in 1866 included Crime and Punishment by Fyodor Dostoevsky and Les Travailleurs de la Mer (The Toilers of the Sea) by Victor Hugo.