1870 was one year before the founding of the City of Birmingham and 51 years after Alabama first became a state. 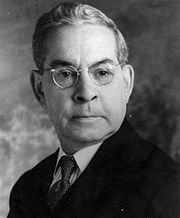 In 1870, John D. Rockefeller incorporated Standard Oil. A political cartoon for the first time symbolized the United States Democratic Party with a donkey. The final Confederate states, Virginia, Mississippi, Texas, and Georgia, were readmitted to the Union. The 15th Amendment to the Constitution, guaranteeing African-Americans the right to vote, was passed. The U. S. Department of Justice was created. Pope Pius IX declared papal infallibility in matters of faith and morals. The Franco-Prussian War began. Old Faithful Geyser was observed and named. The U. S. Weather Bureau (later renamed the National Weather Service) made its first official meteorological forecast.

Notable books published in 1870 included The Vicar of Bullhampton by Anthony Trollope and Twenty Thousand Leagues Under the Sea by Jules Verne.