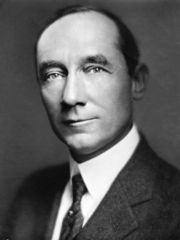 Eagan was the son of John Joseph and Mary V. Russell Eagan of Georgia. His father died of tuberculosis before his first birthday and he and his mother lived with family and friends before she married businessman Willliam Russell. John was a strong student and was active in the Presbyterian church. He worked odd jobs through childhood and became wealthy after receiving a $6,000 inheritance from his grandmother at age 21. He invested the money serendipitously and had a fortune of over $73,000 before receiving another $750,000 bequest from his stepfather a few years later. Humbled by his blessings, Eagan tithed to the church, supported numerous charities benefiting the poor, and used his business influence to improve conditions for workers.

In 1905 Eagan partnered with Dimmick Pipe Company veteran Charlotte Blair to create the American Cast Iron Pipe Company (ACIPCO) in Birmingham, where raw cast-iron could be obtained most economically. He hired experienced foundry-man James McWane to manage the plant. In accord with his moral beliefs, Eagan developed a business model based on the "Golden Rule". He paid good wages and kept shifts to nine hours or less with overtime and sick leave, invested in worker safety programs, and treated African-American employees with fairness. He also constructed housing for workers, as well as schools, churches, a medical clinic, a library, a bank, and an employee-operated store. At his direction, ACIPCO adopted many other progressive labor practices common to the social-welfare capitalist (or paternalist) movement of the day. This distinguished ACIPCO from most industrial concerns in the Birmingham District, at least until George Crawford launched his own massive welfare programs for the Tennessee Coal, Iron and Railroad Company in the 1910s.

Blaming him for labor troubles which persisted despite his paternalistic generosity, Eagan fired McWane in 1921 and expanded his employee welfare programs with a profit-sharing plan and offerings of preferred stock. Nearing death, Eagan created the John J. Eagan Trust, into which he left all of the stock he owned in the company, to be held for the benefit of its employees. When he died in 1924 ACIPCO became an employee-owned business, electing its own members to the company's board.

Eagan and his wife, the former Susan Young, had two children, Bill and Ann. He died in Asheville, North Carolina, where he had traveled for health reasons, and is buried at Westview Cemetery in Atlanta, Georgia.