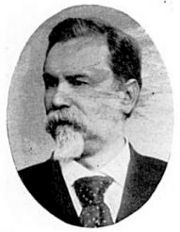 Whelan was the son of Charles Whelan, an immigrant from County Wexford, Ireland, and his wife Adeline. Charles attended preparatory schools in Asheville, North Carolina and later entered Spring Hill College in Mobile. After two years there he transferred to Georgetown University in Washington D.C., completing his undergraduate degree in medical studies.

Whelan began medical practice as an assistant to John Parish of Greensboro. At the beginning of the Civil War he enlisted as a private soldier in the company commanded by James A. Wemwys, which then became attached to the 36th Alabama Infantry. He served in that company throughout the war, being assigned to senior surgeon Dabney Herndon. He was captured at Missionary Ridge on November 25, 1863 and held prisoner until October 1864 at Fort Delaware near Philadelphia, Pennsylvania. He accompanied a group of sick and disabled prisoners as attending physician to Richmond, Virginia upon their release.

Whelan remained in Richmond afterward to attend the Medical College of Virginia, but rejoined his regiment at Spanish Fort and continued in active duty until he was paroled in 1865. He completed his medical training in 1866 at the Medical College of Louisiana (now Tulane University) and then returned to Alabama to practice privately. He and his wife had two children, Charles Jr and Juliette.

In 1880 Whelan moved to Birmingham and entered a partnership with Mortimer Jordan Jr. After a year he returned to sole practice, which he continued until his death in 1898.