This article is about the attorney and plantation owner. For the pioneer physician, see Peyton King (physician). 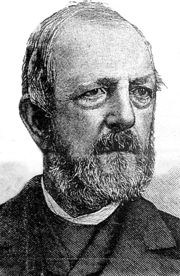 Peyton Griffin King (born February 5, 1826 in Montevallo; died November 28, 1893 in Birmingham) was an attorney, a former Louisiana state legislator and an early settler of the area now known as Avondale.

King was the third son of Edmund and Nancy Ragen King of Wilson's Hill (renamed "Montevallo" in 1848), and was raised in the King House which still stands on the campus of the University of Montevallo. He was educated in local schools for a while, before moving to Providence, Rhode Island to study under former University of Alabama president Alva Woods. He then traveled to Washington D.C. where he was sponsored by his cousin, Senator William Rufus King.

King enrolled at the University of Alabama in 1842 and was ranked first in his class of cadets for three years before he left for service in the Mexican War. His record was not unblemished, though, as he had fought on campus with his room-mate, John H. Greene, after Greene revealed contents from King's personal letters.

King raised a company of volunteers in Tuscaloosa and was commissioned their lieutenant. After seven months of active service he returned to his home in Montevallo and read law. After his father's death he used his inheritance to purchase a plantation in Louisiana, where he also became active in politics.

In 1851 he was elected as a delegate to the Louisiana constitutional convention and was elected to the first legislature convened under that constitution. After that he was appointed by President Franklin Pierce to serve as Receiver of Public Moneys in Monroe. On January 22, 1855 he was robbed of $7,853.92 which he had collected. Congress granted him relief for the loss in the 1856 session.

After his term ended, King sold his plantation and resumed the study of law back home in Montevallo. From there he was elected delegate to the 1860 Democratic National Convention in Charleston, South Carolina. Against his own judgment, he joined his colleagues from Alabama in walking out of the proceedings when the convention rejected an explicitly pro-slavery platform. The split helped clear the way for Republican Abraham Lincoln to be elected president, and made Southern secession all but inevitable.

King and his brother, Frank, dutifully enlisted in Captain Edward Tracy's Company of the 4th Regiment, Alabama Infantry and joined the forces fighting in Virginia. He participated in the Confederate victory at Manassas (Bull Run) in July 1861. King suffered a Minié ball wound to his right arm above the elbow and was relieved from field duty. He spent the remainder of the war holding a variety of managerial positions, primarily near Mobile.

After the Treaty of Appomattox Courthouse, King returned again to Montevallo. He gathered his resources and determined that his future lay in the mineral district yet to be developed in northern Alabama. In 1865 he purchased the 1,640-acre homestead of Abner Killough surrounding the "Big Spring" on Huntsville Road. He built a large house near the spring and named the plantation "Cedar Branch". The spring, with its well-known sweet waters, soon became known to all as "King's Spring".

On June 26, 1866 King married the 17-year-old Mary Alabama Tarrant and started a family that eventually boasted nine children. He attempted to grow corn, cotton and fodder grass, but was not successful in farming the hard, clay soil. Instead he supported his family as a lawyer, land speculator, and agent.

King was involved with a group headed by John C. Stanton of Boston that gained control of the Northeast and Southwest Railroad through Jones Valley and attempted to outmaneuver John T. Milner, surveyor of the South & North Alabama Railroad, to control the crossing of the two lines. Milner's group, the Elyton Land Company, was ultimately able to purchase the Stanton group's expired options and King was involved as the agent in the real estate transaction. In 1874 King was elected chairman of the Jefferson County Democratic Executive Committee and helped the party regain power it had lost in the 1874 general election during Reconstruction.

On August 30, 1879 King sold 442 acres to James Sloss for $2,210, which he and partner Henry DeBardeleben sold to the Eureka Land Company. That company sold it to Benjamin Roden, William Morris and J. B. Roden of the newly-formed Avondale Land Company for $52,500 on April 3, 1884. King moved into Birmingham and constructed a house at 2506 1st Avenue North, where he lived with two of his daughters and maintained an office. In the 1880s King moved his law office into the Terry Building on the southeast corner of 19th Street and 2nd Avenue North in Birmingham. He also constructed a house at the resort of Blount Springs before 1891.

King died in 1893 and is buried at Oak Hill Cemetery. In addition to King's Spring, the East Birmingham neighborhood of Kingston is named for him. His former plantation home in Avondale was torn down for construction of the first Avondale Library in 1908.