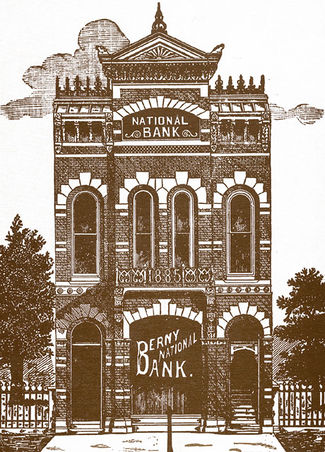 An ornate building was constructed for the bank on half of a lot owned by Berney at 1923 1st Avenue North. It was the first building erected on the block. The other half-lot was sold, and with its appreciation in value, more than paid for Berney's original property investment.

The bank's vice president was Henry Badham Sr. W. P. G. Harding served as assistant cashier from 1886 to 1894, when he was promoted to cashier.