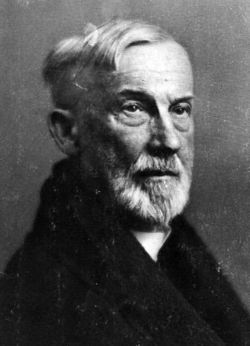 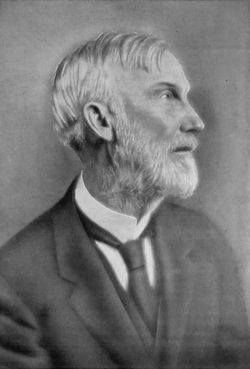 Bryan attended Lovejoy Academy in Raleigh, North Carolina and entered the University of North Carolina in 1880, majoring in law and theology alternately. After graduating in 1885 he returned to his family and taught at the Gastonia Female Institute. He left home again in 1886 to pursue further theology study at Princeton University. When he enrolled, Bryan had $1.85 to his name, but through diligent study he claimed enough scholarships to complete his divinity degree.

Bryan came to Birmingham while he was still studying at Princeton to serve as part-time pastor of Third Presbyterian Church, then meeting in a tent at the corner of 23rd Street and Avenue G on the city's Southside. After graduating in 1889, he was invited back to lead the congregation, then meeting in a wooden structure on the same site. He was ordained and installed as the full-time minister on August 4. He was introduced to Lenora Clayton Howze of Marion in 1890 and they married the following January and eventually had seven children.

As a minister, Bryan conducted large evangelistic and prayer gatherings with various groups across the city and region. He was an outspoken supporter of prohibition, civil rights and racial reconciliation in Birmingham. He is best remembered, however, for his tireless efforts to help the poor and homeless. It is said he would often arrive home at night without his overcoat because he had given it away to a stranger during the day. Though he was an ordained reverend and honorary doctor, he earned the title "brother" by addressing anyone he met as brother or sister. 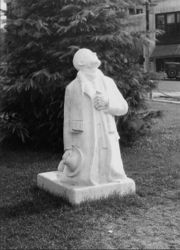 A 1934 statue of Brother Bryan kneeling in prayer by George Bridges is one of Birmingham's best-known landmarks, although it has been moved from Five Points South to Vulcan Park and back.

The "Brother Bryan Mission" was founded in 1940 to continue his work with the less fortunate. Bryan died in January 1941. A Birmingham Fire engine carried his body to Elmwood Cemetery. "Brother Jimmy" Cantrell succeeded him at the pulpit of 3rd Presbyterian.

The City of Birmingham renamed Magnolia Park as "Brother Bryan Park" in 1989, honoring the centennial of Bryan's arrival in Birmingham. Bryan Memorial Presbyterian Church in suburban Birmingham is also named in his honor.

He was elected in 2001 to the Alabama Men's Hall of Fame. Brother Bryan's son John served as superintendent of Jefferson County Schools from 1937 to 1948, and on the Birmingham City Council from 1963 to 1971.