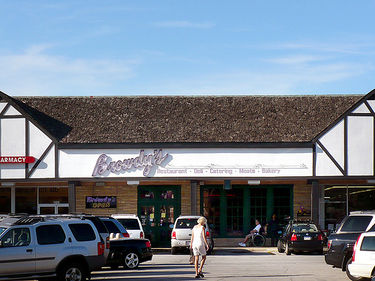 Browdy's was a delicatessen that was open from 1913 to 2009, first in downtown Birmingham, then in two locations in Mountain Brook Village.

The restaurant was known for its salmon and eggs, corned beef, knockwurst, smoked whitefish, lox, and shrimp entrees. It also served steaks and sandwiches and had daily specials. A meat market inside the deli sold prime cuts and sliced meats and a kosher bakery produced fresh breads and blintzes.

In 2009, following a sluggish summer, Stan Browdy and Marilyn Leonard, Victor's grandchildren, decided to shut down the restaurant. Browdy and Leonard, both in their 60s, hoped to continue using the restaurant's kitchen space for catering. The space was, however, leased to the founders of Pianeta 3.