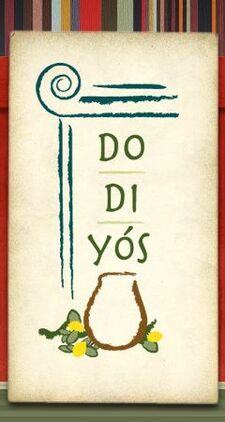 Dodiyós (or Do Di Yo's) was a pan-Mediterranean restaurant located in SoHo Square at 1831 28th Avenue South in Homewood.

Dodiyós opened on October 15, 2009 in space vacated by the former Tria Market. The restaurant reportedly hired much of the staff of the nearby Grey House Grille which had closed in September. Many of the dishes were prepared by co-executive chef George Kontoulakos, a native of Greece.

Robb left Dodiyós in 2011 to work as food and beverage manager at The Club. Sarris and Kontoulakos both left in 2014. Alex Mims took over as owner in June 2015. He closed the restaurant by August 30 of that year. The space remained vacant until 2018 when Kale Me Crazy opened there.