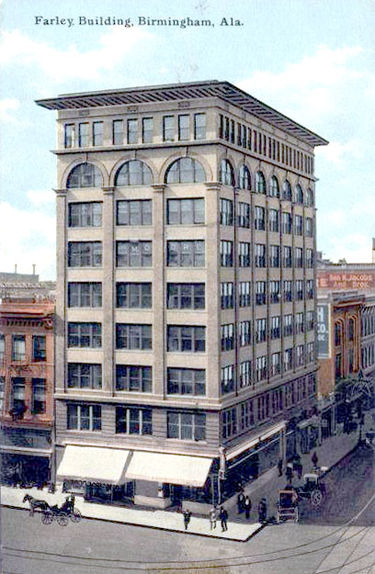 The Farley Building is a 126-foot-tall, 9 story building in Downtown Birmingham located on the southwest corner of 3rd Avenue and 20th Street North.

Built in 1909, the building was the fourth steel-frame "skyscraper" erected in Birmingham. It was financed by John G. Farley, a merchant from Benton in Lowndes County. Architects Miller, Martin & Lewis created a graceful composition of dark red brick arches and light-colored spandrels, less severe than the tall buildings that preceded it.

The building's projecting cornice was removed when the 9th story was added.