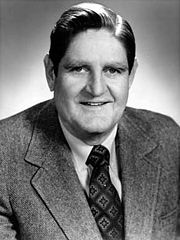 Heflin was the son of Marvin Rutledge and Louise D. Strudwick Heflin of Georgia, a cousin of Julia Tutwiler, and nephew of former Senator Tom Heflin. He grew up in Georgia and Alabama and graduated from Colbert County High School in Leighton in 1938. He earned his bachelor of arts in history and political science in 1942 at Birmingham-Southern College, and was president of the Lambda Chi Alpha fraternity and Tau Kappa Alpha debating society. 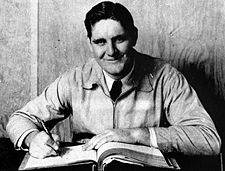 During World War II Heflin served as a First Lieutenant in the US Marine Corps, earning a Silver Star and two Purple Hearts for his service at Bougainville and Guam. He was discharged with the rank of Major in 1946 and completed his Juris Doctorate at the University of Alabama School of Law in 1948, having also served as a political science instructor. While there, he met Elizabeth Ann Carmichael. They married in 1952 and moved to Tuscumbia where Heflin opened his law practice.

Heflin's practice flourished over the next two decades and he served terms as president of the Alabama State Bar and on the Alabama Ethics Commission. He participated in Democratic Party politics, but did not run for office himself until campaigning for the Chief Justice seat in 1970. He defeated former Governor John Patterson in the primary and went on to an easy victory in the 1970 general election. He championed the Judicial Article of 1973, a major revision to Article IV of the Alabama Constitution of 1901 which created the state's Unified Judicial System. While in office he also chaired the National Conference of Chief Justices.

Heflin stepped down to resume his law practice in 1977, but a year later decided to run for the Senate seat left open by the retirement of John Sparkman. He survived a challenge by George Wallace to win the nomination and was sworn in to Congress on January 15, 1979.

In the Senate, Heflin was recognized for his progressive stance on race issues, his independence from toeing the party line, and his efforts to help his constituents in Alabama through legislation benefiting state farms and industries. He chaired the Senate Ethics Committee and served on the Agriculture, Commerce and Judiciary committees. In commerce he opposed the North American Free Trade Agreement, and fought for funding for aerospace and defense projects in Huntsville. On the judiciary committee he suggested the nominations of judges U. W. Clemon and Myron Thompson and voted against the appointment of Jeff Sessions to the federal bench. He introduced the bill that created the United States Court of Appeals for the Eleventh Circuit. On the ethics committee he investigated congressional involvement in the savings and loan and Iran-Contra scandals and earned a reputation as "the conscience of the Senate".

Heflin's stance on Civil Rights cost him some support in Alabama. Fellow Democrats chided him for not supporting abortion rights, gun control, environmental regulation and other party planks. He survived challenges from Republicans Albert Lee Smith and Bill Cabaniss and did not follow colleague Richard Shelby in his switch to the Republican side of the aisle.

Heflin announced on March 30, 1995 that he would not run for re-election in 1996. He was succeeded by Sessions, who defeated Democrat Roger Bedford. Heflin retired to Tuscumbia and lived quietly until he was stricken by a fatal heart attack while a patient at Helen Keller Memorial Hospital in March 2005. He was survived by his wife and son, Tom, and two grandchildren. He is buried at Tuscumbia's Oakwood Cemetery.