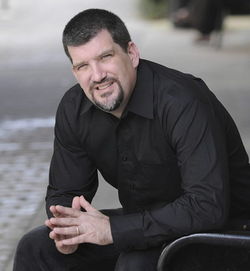 John Archibald (born April 5, 1963 in Alabaster) is a columnist for the Alabama Media Group, writing three columns per week on Birmingham issues for the Birmingham News and AL.com and exploring "human rights issues and reader engagement," as part of the company's "Reckon" multimedia feature.

Archibald is the son of Methodist minister Robert Archibald Jr. His family moved to Birmingham from Decatur while John was in grade school. He is a graduate of Banks High School, and completed a bachelor's degree in journalism at the University of Alabama in 1986. During one summer he worked as a stagehand and stunt performer at the Circus World theme park in Orlando, Florida.

Archibald began working for the News in the 1980s. He has been a government reporter, investigative reporter and database editor for the paper before being assigned his current column in 2004. Archibald won a Pulitzer Prize for Commentary in 2018, after which he took a sabbatical from his regular column to complete a family memoir, Shaking the Gates of Hell. In 2020 he was awarded a Nieman Foundation fellowship at Harvard University in order to study how media stories shape public perceptions of crime and a "culture of fear".

Archibald and his wife, Alecia have three children: Drew, Ramsey and Mamie.