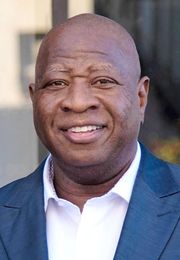 John Randall Hilliard (born February 21, 1961) represented Alabama House District 60 in the Alabama House of Representatives from 1993 to 2003 and currently represents District 9 in the Birmingham City Council. He chairs the Council's Economic Development Committee.

Hilliard is the younger brother of U.S. Congressman Earl Hilliard and the uncle of current State Representative Earl Hilliard Jr. He graduated from Parker High School and earned his bachelor's degree in business administration management at [[Alabama State University].

Hilliard and Bernard Kincaid went to a run-off in the Democratic Primary for a special election to fill the open House District 60 seat in 1993. Though Kincaid lost the runoff, he continued a write-in campaign during the general election. Because he did not support the party's nominee, the Democratic Party deemed Kincaid ineligible for the 1994 election cycle.

Hilliard was challenged and defeated by a wide margin in the 2002 Democratic Primary by former Birmingham City Councilor Linda Coleman. During the campaign, Hilliard attempted to label Coleman a Republican in disguise and attacked her endorsement by Donald Watkins' Voter News Network.

In the 2008 elections Hilliard ran against Wedzell Escott-Holmes for District 60 Constable. Hilliard was also a delegate to the 1996 Democratic National Convention.

In the 2017 Birmingham municipal election Hilliard was elected to the Birmingham City Council District 9 seat left open by Marcus Lundy's decision not to run for re-election. He served as chair of the Council's Economic Development Committee, and as a member of the Governmental Affairs/Public Information Committee, Planning and Zoning Committee, and Transportation Committee.