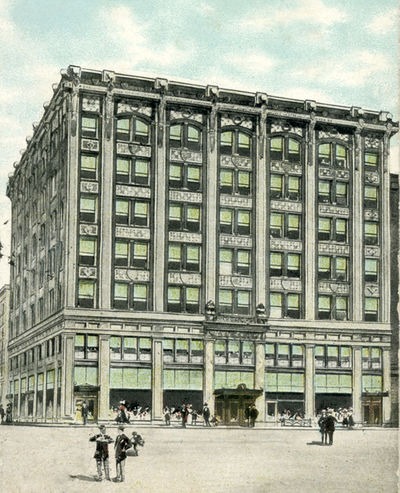 The Lincoln Life Building, also called the Chamber of Commerce Building or the Stallings Building, and currently housing Jemison Flats, is a 7-story commercial building on Block 108B, on the southwest corner of 1st Avenue North and 19th Street.

The building was designed by architect William Leslie Welton and constructed in 1909 on the former site of the Chalifoux Building.

It originally housed the Birmingham Chamber of Commerce, but by the 1920s had been renamed as the Birmingham offices of the Lincoln Reserve Life Insurance Company. In 1924 architects J. C. Halstead and George Gehred were commissioned to design an expansion of the building. The possibility of increasing its height to 10–12 stories was considered, but not carried out.

In the 1960s the building was known as the Stallings Building for Lincoln Life president J. F. Stallings.