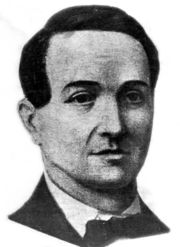 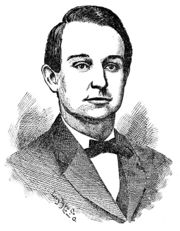 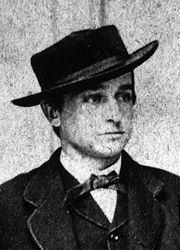 Henley was the son of attorney John Woodson Henley and the former Evelina Thomas Harwell. He married Amelia "Meta" Peters, daughter of cotton trader and mineral speculator Thomas Peters, on May 22, 1866 in Selma. He worked as an attorney and moved with Amelia to Elyton in Jones Valley before 1869, when their infant daughter Evelina was buried at Oak Hill Cemetery.

Though he had previously worked as an attorney, Henley pursued journalism by founding the weekly Elyton Sun, which he moved into a corner of the Alabama & Chattanooga Railroad's offices in 1871. Renamed the Birmingham Sun, it became the new city's first newspaper.

Since the developers of the new city did not wish to entrust the largely itinerant population with electing a worthy candidate, they asked the state assembly to require Governor Robert Lindsay to appoint the first mayor. James Powell held a meeting in a building that later housed Solomon & Levi's Saloon to discuss the matter with property holders. They nominated Henley for mayor along with an eight-member Board of Aldermen. The names were forwarded to the governor, who proceeded to issue their commissions. In order to avoid a conflict of interest, Henley sold his newspaper, to Thomas McLaughlin and James Matthews, who renamed it The Jefferson Independent.

As Mayor, Henley himself served as Chief of Police, Judge, and City Council. He appointed W. H. Cripman as city clerk and O. N. Williams as marshall. He drafted city ordinances and imposed fines and sentences for their violation. Despite such weighty responsibility, he reportedly conducted his office with "great vigor, good judgment, and decision", overcoming the doubts of those who opposed his appointment.1

Henley contracted tuberculosis early in 1872 and traveled to Florida to seek a cure. He appointed William McDonald, a merchant then serving on the Birmingham Board of Aldermen, to act as mayor in his absence. Thomas Tate was appointed to serve the remainder of his term, through December 31, 1872. James Powell, the city's first elected mayor, succeeded him in 1873.

Henley was 30 when he succumbed to his tuberculosis in April 1873. He was survived by his son, Tom Henley. He is buried in Oak Hill Cemetery with the epitaph he chose, "Here lies the first mayor of Birmingham." A historic marker was erected near his grave by the Birmingham Historical Society on December 19, 1946. The West End School on 6th Avenue North at 17th Street was renamed in his honor in the 1880s